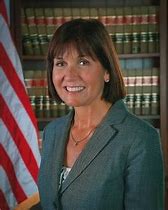 Ms. Evans graduated as Salutatorian from Teague High School in 1981 and attended West Texas State University, graduating with her Bachelor of Business Administration, Magna cum Laude, in 1984. She graduated in the top 5% of her class from Baylor University School of Law cum Laude in August of 1992. While at Baylor, she served as Executive Editor of Baylor Law Review and received numerous scholarships and academic awards. Ms. Evans also served an internship with the Honorable Walter S. Smith Jr., U.S. District Judge. Deborah Oakes Evans began her legal career in 1992 as an associate at Potter, Minton, Roberts, Davis & Jones in Tyler, Texas, where she was named a member of the firm in 1997. Ms. Evans specialized in civil litigation and in 1998, was Board Certified by the Texas Board of Legal Specialization in the field of Labor and Employment Law. While employed by Potter, Minton, Deborah Oakes Evans litigated both jury and non-jury trials to verdict, both in state and federal court. She also handled appeals of disputed verdicts and judgments in state Courts of Appeals and the Fifth Circuit Court of Appeals. In 1998, Ms. Evans was named Assistant General Counsel of TCA Management Company. She served in that position until 2000, at which time the company merged with Cox Communications Inc. of Atlanta, Georgia.

After the merger, Deborah Oakes Evans moved and practiced law in Freestone County, her home county, as well as providing guidance for her family business of ranching in Freestone and Limestone counties.
Ms. Evans authored a number of legal articles and papers including FMLA-Emerging Trends, and Business and Its Employees-Non-Compete; intellectual property; ADEA; ADA; ERISA, both presented at State Bar of Texas courses for attorneys. She has also been a prolific speaker and provided legal training to various groups, particularly in the area of Employment Law.