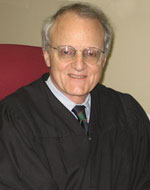 David Peeples of San Antonio is presiding judge of the Fourth Administrative Judicial Region. He previously served as a justice on the Fourth Court of Appeals in San Antonio and judge of the 285th and 224th Judicial District Courts in Bexar County. He is a member of the San Antonio Bar Association, Texas Supreme Court Advisory Committee on Rules and the Judicial Section of the State Bar of Texas. He is past chair of the Texas Supreme Court Task Force on Jury Assembly and Administration, founding member of Child Advocates San Antonio and past board member of the First Presbyterian Church Child Care Center. Peeples received a Bachelor of Arts from Austin College, a Master of Arts from The University of Tex