Back to United States Court of Appeals Fifth Circuit 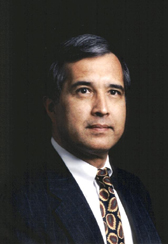 Federal Judicial Service:
U. S. District Court, Western District of Texas
Nominated by Ronald Reagan on March 6, 1984, to a seat vacated by C. Frederick Shannon, Jr.; Confirmed by the Senate on March 30, 1984, and received commission on March 30, 1984. Service terminated on May 13, 2003, due to appointment to another judicial position.