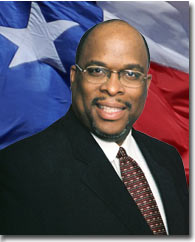 Most recently Shorter served as the deputy director of governmental appointments in the office of Governor Rick Perry, where he oversaw the appointments to state boards, commissions, councils, and task forces that advise the Governor or executive agencies on specific issues and policies.

Previous to his service in Governor Perry’s Office, Shorter served as the director for agriculture and conservation for former Governor George W. Bush, director for agribusiness development for the Texas Department of Agriculture, and as an aide to former U.S. Senator Phil Gramm.

Shorter is a bi-vocational pastor and has served the Rosewood Avenue Baptist Church of Austin for over fourteen years. He and his wife, Patricia, have one son.