Back to Texas Indigent Defense Commission 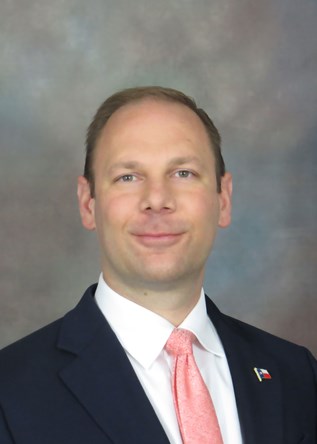 Mr. Burkhart comes to the Texas Indigent Defense Commission from the American Bar Association (ABA), where he served as the first Deputy Director and Counsel to the ABA Center for Innovation. He also helped lead the ABA’s indigent defense reform efforts as Project Director and Counsel to the ABA Standing Committee on Legal Aid and Indigent Defendants. Mr. Burkhart previously worked as an Assistant Appellate Defender at the Illinois Office of the State Appellate Defender. There, he represented clients in homicide, sexual assault, and other serious felony cases. He also worked at a law firm, served as a law clerk to Justice James Epstein of the Illinois Appellate Court, and taught Appellate Advocacy and Judicial & Scholarly Writing at Loyola University Chicago School of Law. Born and raised in Kentucky, Mr. Burkhart achieved the rank of Eagle Scout and earned his bachelor’s degree at Xavier University, his master’s degree at Loyola University Chicago, and his juris doctor at DePaul University College of Law, where he served as Editor in Chief of the DePaul Law Review. He frequently writes and speaks about criminal justice.