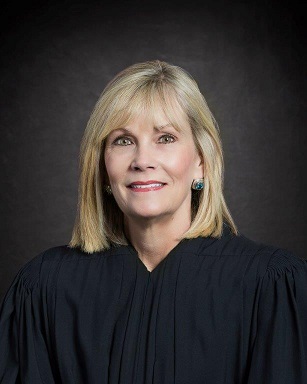 Justice Gabriel was born in Fort Worth and grew up in San Angelo. She received her Bachelor of Arts, with Honors, in Political Science from Texas Tech University and graduated from Texas Tech University School of Law Cum Laude. She served as a law clerk for the Honorable Halbert O. Woodward, Chief Federal District Judge for the Northern District of Texas for two years. Justice Gabriel moved to Denton to work as a felony prosecutor for the Denton County District Attorney's Office. While working as an Assistant District Attorney, she became Board Certified in Criminal Law by the Texas Board of Legal Specialization. She was promoted to the position of First Assistant District Attorney in 1986.

In 1989, Justice Gabriel was appointed as the first District Judge of the 367th District Court in Denton County by Governor William P. Clements. She presided in that general jurisdiction court for over twenty years. In July of 2010, Governor Rick Perry appointed her to the position of Justice, Place 7 of the Second Court of Appeals of Texas and she was sworn in on August 1, 2010.