Back to Texas Tech University System, Board of Regents 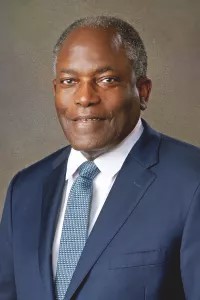 A 1977 distinguished graduate, Hawkins attended ASU on a track and field scholarship and a Carr Academic Scholarship. He earned a Bachelor of Business Administration in computer science and was a member of the Rams track and field teams that won Lone Star Conference Championships in 1974-75 and 1977. He went on to become the highest-ranking graduate of Angelo State’s ROTC Detachment 847, and was named a Distinguished ROTC Alumnus in 2001.